SERIES: How to Learn Russian #3

Tip #3: How to Learn Russian Grammar by Using Pattern Recognition

Students of Russian always ask me, "Mark, Russian grammar is so complex! How in the world did you learn it?"

I won't lie to you: Russian grammar is brutal. If most students knew just how complex it is they would flee in horror, scurrying back to the comfort of the more closely related romance languages like Spanish or French.

But they would be missing out.

Russian is an amazing language, in no small part due to its wondrous grammatical structure. It is compact, flexible, elegant and poetic, and it usually conveys more meaning in fewer words than English can.

Before we look at how easy it can be to learn, let's take a moment to discuss its complexities. Just as one example out of many, did you know that there are six ways to say every noun and adjective in Russian? And add another six when you count the plural forms. That's twelve ways to say something as simple as your own name.

Depending on the phrase, my name might be: Mark, Markyeh, Marka, Marku, Markom, Marki, Marka, Markami, Markam and so on.

Or how about verbs? In Russian there are two different verbs for every action. Sometimes three! For example, take the English verb "to go." In English, we can say, "I'm going to the store. John is going to New York. Did Chris go to work?" In Russian, these would all get totally different verbs. To make the correct choice, you have to decide whether the person went on foot (versus going in a vehicle), whether they headed off and are still gone (versus having made a return trip and thus came home), or whether they are en route at the moment.

Believe me, this is only scratching the surface of how complex their grammar is. And yet I sit here telling you that Russian grammar is nevertheless easy to learn?

Think about it. Russian toddlers learn Russian grammar effortlessly. They speak fluently, without having (purposefully) memorized any rules.

And what about yourself? English grammar has its own difficulties. When you were a child, did your mom sit you down and explain the rules behind how to make words plural? Or how modal verbs work? (Actually, most speakers don't even know what a modal verb is, even though they use them fluently all the time.) Unless your mom is an English teacher, she probably didn't. So how did you learn to do those things? How did you learn to speak grammatically? And how do Russian toddlers master Russian grammar?

You simply listened to native speakers and eventually picked up the patterns.

Let me re-phrase it, because this is vital to your success in Russian.

Mastering the grammar of any language is simply a matter of noticing and then practicing the patterns of how words change and work together.

Here's a very common pattern in Russian. First, let's learn the Russian word "kniga" (книга) by seeing it in context. It's pronounced "kuh-NEE-ga". 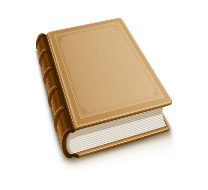 My favorite kniga is "The Shining" by Stephen King. 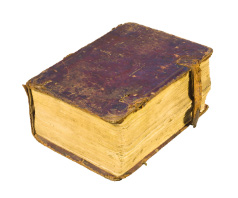 The longest kniga I ever read was "WAR & PEACE" by Tolstoy.

Now that we have a feel for the word "kniga," let's use it as an example of how words change in Russian.

Here's a very common grammatical pattern in Russian. I will give two examples, and then let's see if you can extrapolate and apply the pattern to a third example. The only hint I'll give you is: Pay attention to the end of the word "kniga."

This is a kniga.

There is a kniga on the table.

That kniga is mine.

I bought a knigu at the bookstore.

I read that knigu from cover to cover.

I returned that knigu to the library yesterday.

Do you see the pattern? Can you guess why, in the first three sentences, we write "kniga" (with an 'a') and the last three we write "knigu" (with a "u)?

Take your time and think about it for a moment. Ask yourself what's different between the first three sentences and the last three.

In those sentences, if something is happening to the word 'kniga', it changes its ending to an "u" sound.

Lets look at the pattern again with the Russian word 'kola'. (Yes, it's the same as our word 'cola' or soda.) It ends with an 'a', just like kniga. And note the same pattern:

This is my kola. (We didn't really do anything to the cola, so the ending doesn't change.)

Your kola is warm. (Again, we're making a simple statement. We're not taking any action on the cola.)

In the movie theater I bought a kolu and some popcorn. (I bought it.)

I put the kolu in the fridge. (I put it somewhere.)

See? Taking action on kola or kniga affects the word. If you do something to one of these words, the end changes to an "u" sound. So...

...Can you apply this pattern to the Russian word "pizza"? (Yes, Russians also say "pizza" just the way we do.)

QUIZ: Insert the correct, "Russified" form of the word "pizza."

This is my pizza.

Hey! Who ate my pizzu!

Simple, isn't it? And yet this easy pattern has been given the complex name of "Declension Paradigm for the Feminine Accusative Case." Yikes! Who would want to learn that? It's as if the academic world is purposely trying to make things seem as complicated and intimidating as possible!

This is one of the most important language learning tips I can give you. Never, ever learn grammar by memorizing rules or charts. Instead, learn grammar the way we're designed to learn it, which is simply by noticing the patterns of language. Because that's all grammar is: the patterns of how words change.

If a Russian teacher ever tries to make you memorize a chart of verb conjugations, don't walk away...RUN away, screaming. Memorizing sucks. It's hard and it's unproductive. But learning is awesome. It's natural, it's effortless, and it's effective. And that's what you're doing when you notice the patterns of a language. This is what Russian infants are doing, too. They notice, "Gosh, every time someone starts with “ya” there's an "uu" sound at the end of the next word." This then helps them guess the meaning of future, unfamiliar words. Like, "Well, he said Ya something-something-uu. So, I know it's either a present or future tense action he's talking about."

This is why native speakers often make terrible teachers. They're teaching you grammar the way they remember being taught in grade school. But that's not how they learned it. They were completely fluent in Russian before they ever even attended kindergarden. Heck, they learned all the word endings before they could even read. How? By picking up on the patterns. The things they learn in school are all the fancy grammar names..all the declension charts and such. That's what they remember and that's what they burden you with.

I don't teach that way. Yes, eventually it's good to know certain grammar terms, but only after you have the patterns down. This is why I don't ever mention any of the case names until Unit 15 of Russian Accelerator. Throughout the course I simply help you discover and then have you practicing the patterns of how Russian words change.